This boy is still young but already had a ride of a lifetime. Born relatively poor in Angola, his Congolese parents had him and 4 more kids, who they raised with all the effort and love until the opportunity arose to go to France. The idea of living in a western country, where the opportunities are generally better and more profitable, closed the deal on the decision and so they went to Lille. There, they lived for a couple of years until they fixed near Rennes, on a small town 40 km away.

Looking today at Camavinga’s absolute stellar technical and physical abilities, it is hard to imagine he wasn’t that interested in football to begin with. Instead, his sport of choice was judo. Yeah, you wouldn’t have get the best bettings odds for that, would you? But as the history goes, Camavinga’s mom wasn’t too keen on the constant injuries he suffered practicing a martial art, and instead pushed him into football. God bless that woman. 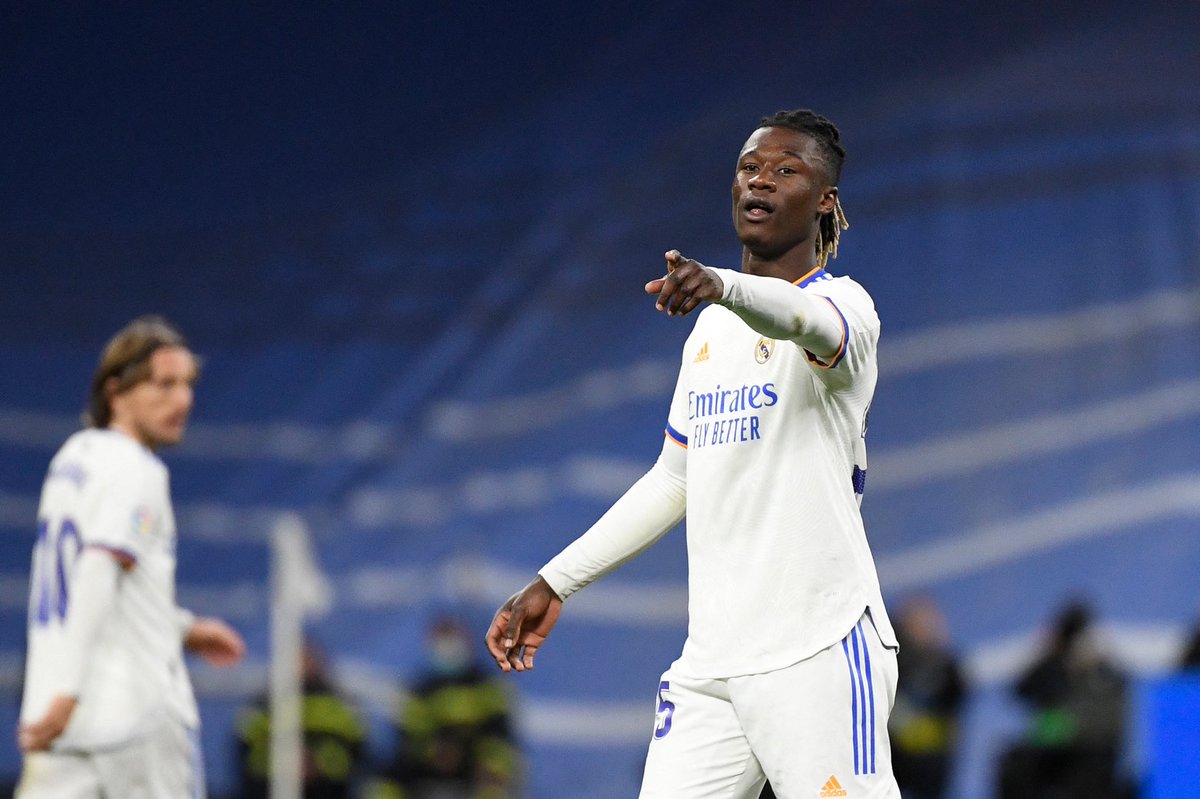 The First Stage of a Wonder Kid

He started at 7 years old in the town’s club, and had this to say about his first days on the job. Quoting Camavinga: “Upon signing me to the club, I never reckon the need to meet with the coach. Instead, I dashed into the field and took possession of a ball which kids of my age were playing with. (…) Efforts made by the kids to retrieve the ball proved abortive as I dribbled past them and balooned the ball over the fence. I ruined their game on the first day playing with them”.

Now, if this isn’t a funny way to express his innate and unbelievable talent, there probably isn’t any.

He spent 4 years at the club until Rennes came knocking on the door. Due to his stature, and apparently an incredible tackling technique and expansive movements on the pitch, he was molded into a kind of 6, a Trinco. This is not obviously what Camavinga is, but probably demonstrates how he turned out to be such a complete midfielder.

Then, out of nowhere, his family’s house burned out. This was unfortunate that Camavinga would not forget, alongside his father’s words: “You are now the hope of this family.”

The sheer weight of such demanding words goes to prove that Camavinga is perfectly able to steer pression and make the best out of his abilities. It was probably one of his most defining moments, and surely a statement of the character of Eduardo.

From Rennes to Real Madrid

As he skipped every frontier while younger than their counterparts, he eventually arrived at the first team of Rennes: with 16 years and one month. A true force of nature and a natural star, doing what seemed to everyone who saw him play the most natural thing in the world. The talent was undeniable, he dribbled seniors like he was playing in the street, he was able to meet the defensive quota asked of him – despite Rennes coach at the time not asking that much of him. There, he stunned pretty much everyone with the maturity of his decisions and his ability to function as a standard 10, but with the range of a box-to-box. It also helped that he could dribble two players with a roulette and give the ball, playable, to a teammate.

So, naturally, the big sharks start smelling the sweet odor of success. Now, at 19 years old, he is currently the coqueluche of a Real Madrid that is in reconstruction, and will most likely be a household name, and a player for the next decade and more. To be Real’s next big number he even snubbed clubs like Juventus Turin, Manchester United or Tottenham Hotspur.

Keep your eyes focused on him, for he brings the beauty back to football. Indeed a sight for sore eyes.