Collecting your winnings for correctly predicting a football match (or more) can give you an incredibly satisfying feeling – even if you have to bet against your own team at times. In this article, we look at some of the best bets ever placed in football, and the ridiculous amount of money they won by placing some outrageous bets.

Back in the 2010 African Cup of Nations, hosts Angola were on track to humiliate Mali with the score at 4-0 with 11 minutes left to play. However, one brave soul thought that the game was far from over and placed a £5 for Mali to complete one of the greatest comebacks of all time – despite the odds being 1,000-1. Unbelievably, Mali managed to score 4 goals before the end of the game and allowed the lucky punter to pocket £5,000. 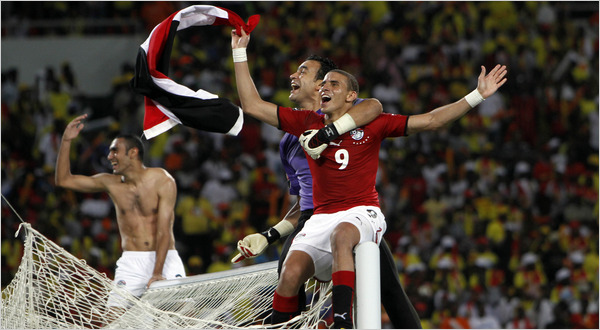 In the 2005/06 season, football fan Adrian Hayward placed a £200 bet, of odds at 125-1 that Xabi Alonso would score in his own half after having a dream about it. However, Hayward’s dream became reality when Xabi Alonso scored from the halfway line against Luton in their FA Cup game. The Spaniard’s goal managed to net Hayward £25,000!

When you are placing a bet on an accumulator, the number of games involved will increase the odds. Naturally, the probability of all legs in the accumulator being successful is incredibly low and very unlikely to be successful. Even if all games are apart from one right, you still won’t win any money. One lucky punter was feeling particularly lucky and decided to treat himself to a new car before his accumulator had even played all of the games. With 9 out of the 10 games being successful, George Wood decided to spend his winnings before he had even collected them. Fortunately for him, Manchester City beat Bournemouth (with both teams scoring goals) to allow him to collect the £116,000 jackpot and allow him to afford his car. Just imagine if Bournemouth had pulled off an upset…

The leading bookmakers and sportsbook offers make him the second favourite after Djokovic, and he deserves that status.

For a lot of sports fans, betting is a game-day tradition. One football fan placed a 14-event accumulator on games from the lower-league English divisions. In total, they placed bets on 11 teams winning their games, and the other three finishing in draws. Remarkably, the 15p bet came off and the lucky punter managed to pocket a massive £89,919 and 39 pence.

The number of twists and turns that can occur in one football match can be outstanding, so imagine having to keep an eye on eight matches at once. The lucky better placed around £100 on multiple accumulators. This bet win was even more impressive as it was placed in the second half of all the matches. Part of the accumulator was also dependent on West Ham drawing their game with Stoke, who were losing 2-0 at the time. Despite the huge amount of risk involved in the bet, the risky fan had to wait until the 91st minute to secure his winnings. Overall, the punter managed to pocket a total of more than £650,000

In 2001 an unnamed Manchester United fan won an accumulator which was believed to have world record odds of 1,666,666-to-one. The fan placed a 30p bet on a 15-event accumulator in August 2000 and eventually won the bet when Bayern Munich won the Champions League final against Valencia on penalties. Along with the Champions League winners, the fan also managed to correctly predict the winners of certain leagues in Scotland and England, as well as correctly predicting the winners. Despite the long wait, the lucky better managed to win around £500,000 from his 30p bet.

Whether you use them for your daily commute or recreation, electric bikes are a lot of fun to drive. But…