We are consistently reminded about what footballers are doing and what that they shouldn’t be doing.

For instance, Raheem Sterling was pictured inhaling laughing gas or Arsenal sensation, Jack Wilshire was caught smoking. These upcoming wonder kids are seen as the future of English football and are role models for the future generations of England footballers.

Some of leading European football clubs are allegedly willing to offer in the region of £40 million for Raheem Sterling. Whilst Jack Wilshire, has just enjoyed one of the finest months in his career by winning the FA Cup, and then scoring his first of hopefully many international goals with England.

So we wanted to find out what these players are doing right that has put them a cut above the rest.

The things you don’t see on a daily basis is how the players have made it to the top. The hours on the training pitch and equally as important what food the players are eating. We have used an interactive tool to compare what the stars of the Premier League are eating “worldsportsfoodfight.com” in comparison to your average five a side players. It shows how the top footballers are eating an extra 500 calories day.

Could this be the secret then to making it at the top?

How do they differ to other competitive sports, such as Rugby, American Football, Swimming and F1? You can compare the different sports against each other and if you play the sports find out what you need to be doing to compete at the top. 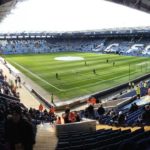 Any football field, whether for a children's league, a local tournament or for major league matches or championships, must be… 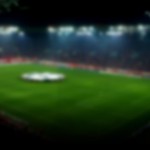