Manchester United are lining up a swoop for Borussia Dortmund‘s Erling Braut Haaland next summer despite signing Cristiano Ronaldo from Juventus in the final stages of the recent transfer window.

The Portuguese star penned a two-year deal at Old Trafford and has scored three goals in two Premier League appearances for the Red Devils so far this season. 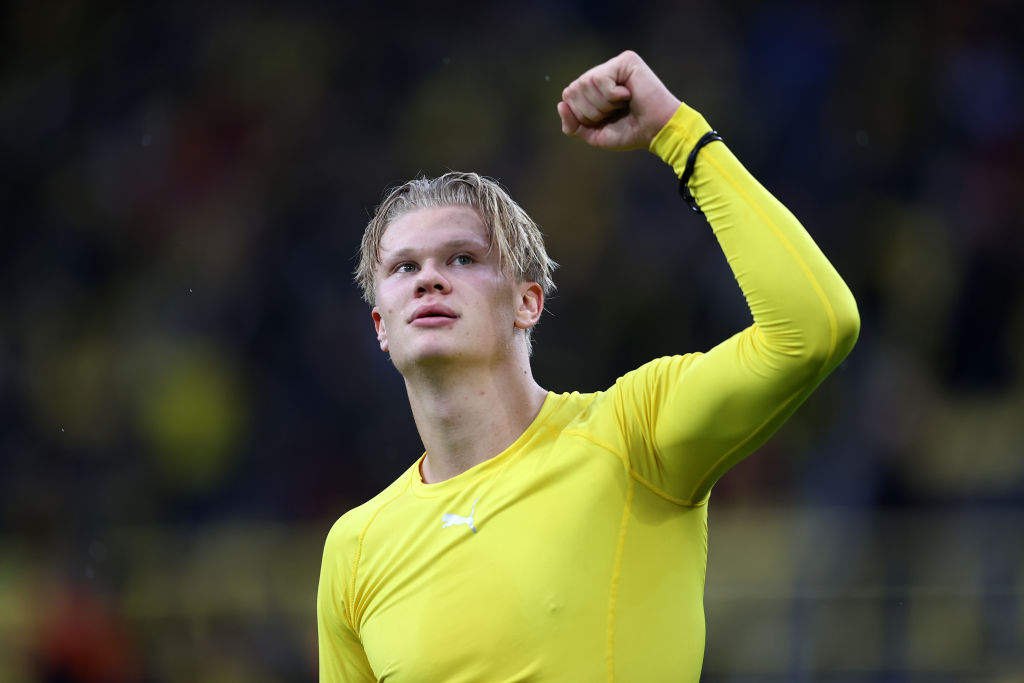 There had been suggestions that Ronaldo’s arrival would end United’s chances of signing Haaland from BVB next summer.

However, according to The Express, the Mancunian giants have expressed an interest in making an audacious move for the Norway international to play alongside Ronaldo during the 2022-23 campaign.

Haaland has started the new campaign in impressive form, contributing nine goals and four assists in seven appearances in all competitions.

The 21-year-old has found the back of the net on 66 occasions in 66 appearances for Dortmund since arriving from Red Bull Salzburg in January 2020.