Premier League champions Manchester City have reportedly “explored” the possibility of Napoli forward Victor Osimhen, according to a report.

City boss Pep Guardiola is said to be in the market for a new number nine, following the departure of Sergio Aguero and after the club’s failed attempts to sign Harry Kane from Tottenham Hotspur this summer. 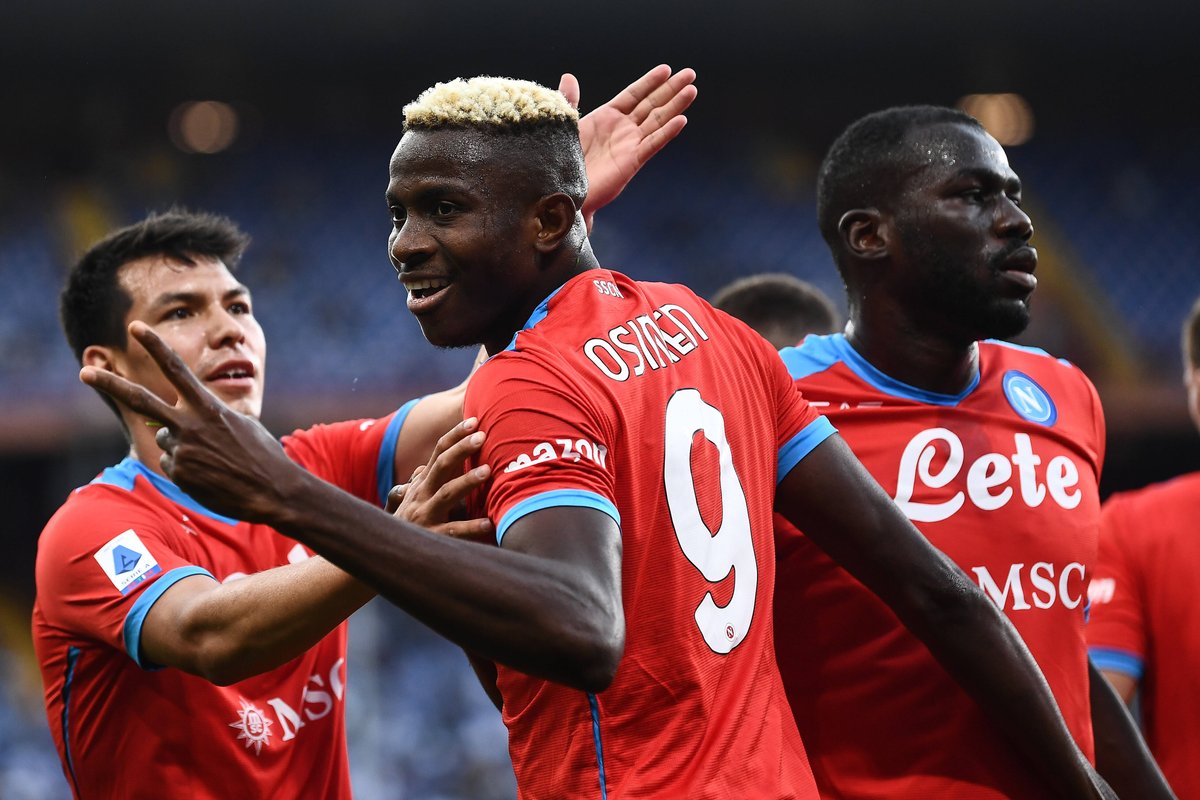 City’s last offer for the Englishman is believed to have been worth around £125m, however it was quickly rejected by Spurs chairman Daniel Levy, who values Kane in excess of £150m.

Manchester City are now looking at potential alternatives, with Italian journalist Ciro Venerato reporting that the English champions have identified Osimhen as an ideal target in one of the upcoming transfer windows.

The Nigeria international, who has previously been linked with Liverpool and Manchester United, joined Napoli from Lille in 2020 for around £63m.

The 22-year-old has scored 16 goals in 36 appearances across all competitions for Partenopei.