Liverpool winger Xherdan Shaqiri is reportedly on the radar of Newcastle United ahead of the summer transfer window.

The 28-year-old has failed to hold down a regular spot in the Merseyside’ starting XI – being restricted to just six Premier League appearances this season. 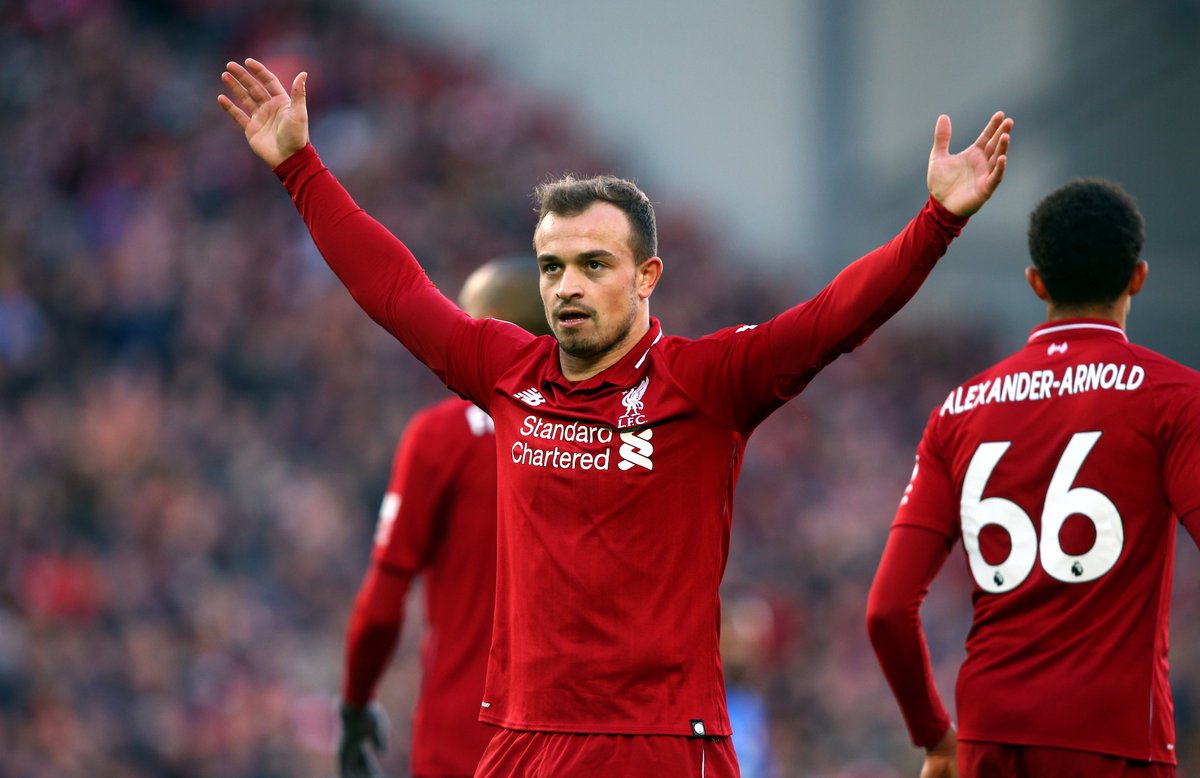 Shaqiri has a contract at Anfield until the summer of 2023, but the Reds would supposedly be willing to part ways with the Swiss international in order to fund a move for RB Leipzig’s Timo Werner.

According to The Daily Mail, Newcastle United have already made contact with Shaqiri’s representatives, with the Tyneside outfit expected to splash the cash when the summer window eventually opens.

Shaqiri has contributed seven goals in 40 appearances for Liverpool since his move from Stoke City in 2018.