Throughout the last few seasons, Lazio’s Milinkovic-Savic has established himself as one of the most influential midfielders in world football. In years gone by, his contributions have been at the very heart of the Italian side’s on-field success. However, his consistent eye-catching performances have continued to see him linked with a move away from the Stadio Olimpico. So, let’s take a look at whether the Serbian could be set for a move to the Premier League. 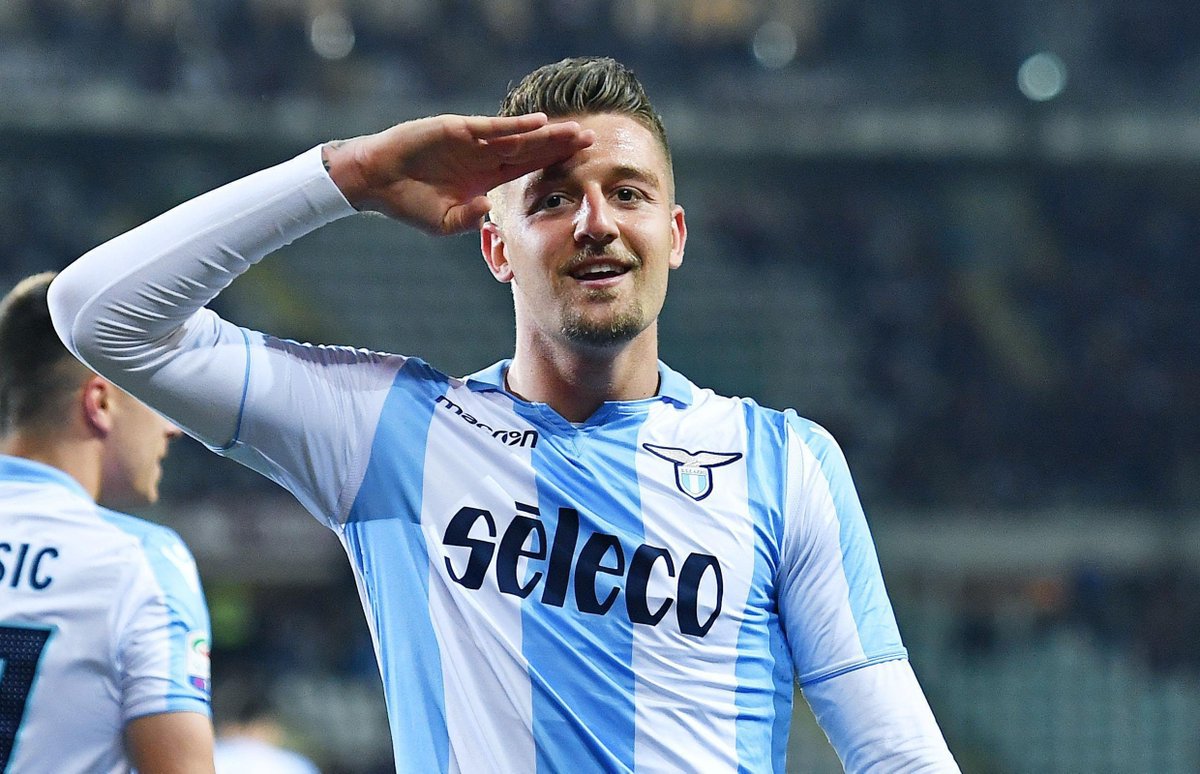 Having made a name for himself with Racing Genk, the four-time champions of the Belgian first division, during the 2014-15 campaign, the six-foot-three midfielder transferred to Lazio in the summer of 2015. At the time, Le Aquile paid £16.2 million to secure the now 25-year-old’s signature, according to Transfermarkt. In hindsight, this has undoubtedly proved to be an incredibly smart investment, with Lazio now reportedly holding out for a fee in the region of £75 million for the Serbian amidst Premier League interest.

Fundamentally, the reason that Milinkovic-Savic is attracting such widespread interest from a whole host of top-flight European clubs is because of his superb technique across all aspects of the game. His dynamism often makes him the catalyst for quick, forward-thinking transitions that result in goalscoring opportunities. Crucially, given the undeniably physical nature of the Premier League, it’s clear that the 25-year-old Serbian would be well suited to England’s top-flight.

Lazio Won’t Be Held to Ransom for Their Star Player

As touched upon above, while Lazio aren’t opposed to letting their highly-rated midfielder leave the club in the near future, they’ll only allow Milinkovic-Savic to leave on their terms. Importantly, the Spanish-born player signed a five-year extension two years ago, thus agreeing to stay with Simone Inzaghi’s side until 2023, as per a report by Bleacher Report.

Of course, in the world of football, new contracts don’t guarantee the long-term future of players, with the transfer market always testing club’s resolve of their big-name stars. That said, in tying Milinkovic-Savic down to new deal, the White and Sky Blues have sensibly ensured that his high-end market valuation remains intact.

From a Lazio standpoint, retaining the central midfield for as long as possible would enable them to continue to take the fight to Juventus for the Serie A title for years to come. At the time of writing, Inzaghi’s team are just one point behind Juventus at the top of the table, and are currently 5/2 to clinch the trophy with Serie A betting ahead of the Old Lady, as of June 12th.

In recent months, Lazio’s sporting director, Igli Tare has been quoted as saying that Milinkovic-Savic’s desires are crucial regarding his future. Although the club are unlikely to stand in his way, they’re well placed to hold out for a fee that’s close to £100 million for the Serbian.

It Remains to be Seen What Happens Next

Ultimately, the 25-year-old’s new five-year contract extension ensures that Lazio don’t need to sell their star player any time soon. That said, there’s no opposition to exploring a possible deal should their valuation be met. Whatever comes next for Milinkovic-Savic, there can be no doubts that he’d be an ideal midfielder for a wide array of different Premier League clubs.