Aston Villa have announced the signing of the highly-rated teenager Louie Barry from Barcelona.

The 16-year-old, who joined the Spanish champions in July 2019 from a boyhood club West Bromwich Albion, has now returned to England. 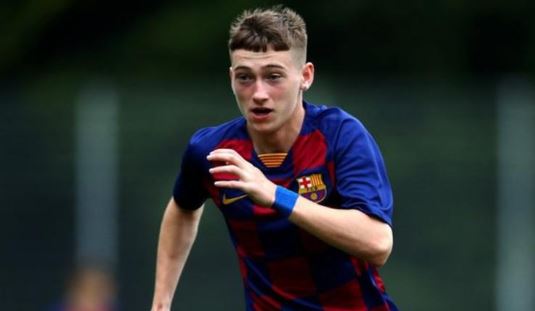 The England Under-17 striker has scored two goals in 10 appearances for Barcelona’s youth teams.

He will work under academy manager Mark Harrison, having turned down a move to PSG.

The starlet’s signing for a fee believed to be around £900,000, Villa academy manager, Mark Harrison, said: “It sends a powerful message about the ambition of this club. We’re delighted – Louie is a local person and his family are all Villa fans, as is Louie.

Barry will move straight into the academy set-up at Villans, subject to international clearance.