When you think about the different positions that each country are naturally good at you’d probably earmark the defence for Germany, often having a solid and resolute back 4 working in tandem. When you move into midfield the only real clear winner in the last few years have been Spain. They hold on to the ball and caress it to each other so delicately you’ll never get it off them. Moving into the attack, the South American’s usually had the edge and this time is no different.

In the case of the goalkeeper, it’s a strange one, you would often go with the Germans once again, no other nation produces such talented and focused goalies and they are spread throughout the world as #1 stoppers with many teams. Thinking about this it might surprise you that the highest rated goalkeeper going to the World Cup is from Brazil. Alisson Becker has amassed a rating of 7.0 based on WhoScored.com throughout the season with Roma and it’s pretty impressive for a goalkeeper to get such a high rating with De Gea managing much less.

If that surprised you there will likely be much more surprised in the below Top Starting 11 in the World Cup. 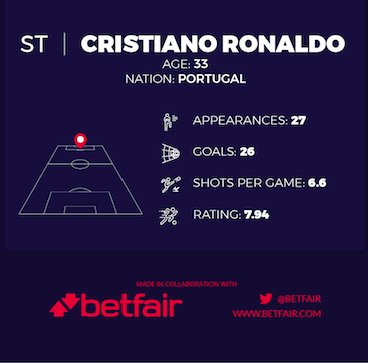 Football is arguably the most popular sport around the globe, with billions watching each weekend. And now you have the…

Football is the most popular sport in the world. The International Federation of Association Football FIFA estimates that over 4…