Barcelona have reportedly “explored” the possibility of signing Dinamo Zagreb youngster Dani Olmo, according to Marca.

The Spanish champions are known to be in the market for well-known names this summer after being linked with Ajax’s Matthijs de Ligt and Atlético Madrid’s Antoine Griezmann. 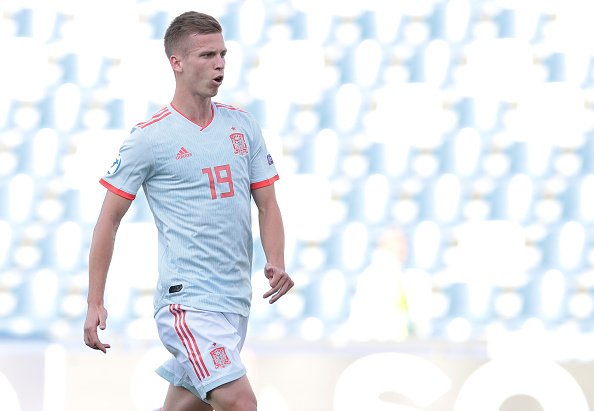 However, it appears that the Catalan giants are also considering whether to secure a reunion with Dani Olmo who initially left the Camp Nou in 2014.

The report says Barcelona are interested in signing Olmo – who is currently in international duty for Spain Under-21s at the European Championship.

Olmo, 21, has scored 12 goals and provided nine assists during the most recent campaign, helping the Croatian outfit to yet another league crown.

Bundesliga club Bayer Leverkusen are also said to be looking at a potential summer deal for Olmo.