Arsenal star duo Mesut Ozil and Alexis Sanchez are hopeful of agree a long-term contract at the Emirates amid speculation over their future move.

The pair, who are key to the north Londoners’ hopes of ending their wait for Premier League success, have still two years remaining to run on their current contracts. 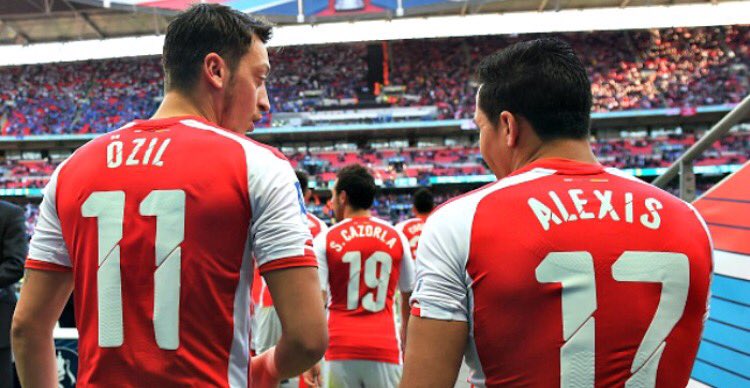 Discussions between them understood to have opened in May, but talks had to be put on hold until the new campaign.

According to The Mirror, Gunners chiefs are now hoping to convince Sanchez and Ozil to extend their contract, following the recent arrival of Shkodran Mustafi from Valencia.

Sanchez, 27, was heavily linked with a move away from Emirates during the off-season, with Italian champions Juventus thought to have shown an interest on the Chilean striker, while Ozil was tipped with a return to La Liga Real Madrid.