Real Madrid have reportedly stepped up their interest in Borussia Dortmund midfielder Jadon Sancho as a priority signing next summer.

With Zinedine Zidane keen to make several high-profile signings to his squad, the La Liga giants are continuing to be linked with a couple of players ahead of the January transfer window. 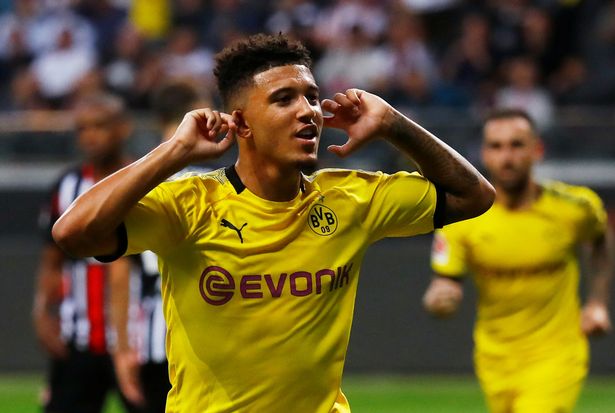 However, according to reports in Spain, Real Madrid’s officials have set their eye on securing the services of Jadon Sancho, who has a contract with the German outfit until 2022.

The England international has been repeatedly linked with a return to his homeland, where the winger previously represented Premier League champions Manchester City.

Nevertheless, it appears that Los Blancos have emerged as a potential destination for the 19-year-old playmaker, who is likely to be offered a new contract by BVB in the coming months.

Sancho has scored 3 goals and provided 5 assists in 9 outings in Bundesliga’s top flight and the UEFA Champions League this term.