Chelsea will reportedly face fresh competition from Liverpool, Manchester United and Manchester City for the signing of West Ham United midfielder Declan Rice, according to Todofichajes.

The England international was heavily linked with a move away to the Stamford Bridge in the summer transfer window but a move did not materialise. 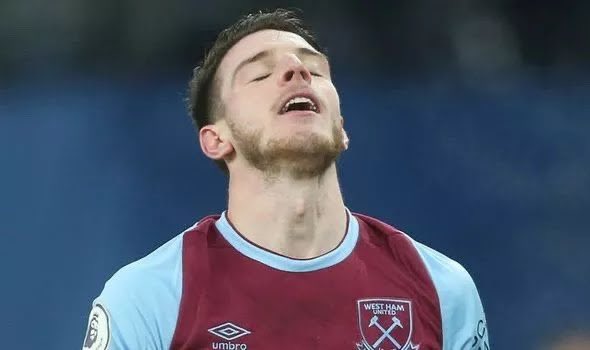 Speculation surrounding Rice’s future has emerged with the January transfer window now open, though, and Chelsea are prepared to up their efforts to secure a deal for the 21-year-old playmaker.

However, according to the aforementioned report, Liverpool, Manchester City and Manchester United are all in the race to sign the Englishman too, and all four clubs have already made contact with the Hammers over his availability.

The report goes on to claim that West Ham are keen to hold on to the midfielder and are hoping to tie him down until 2026.

Chelsea are allegedly willing to offload seven players to fund a move for Rice, who has played every single minute of the match this term.