Newcastle United will set their sights on climbing up the Premier League table with two successive victories when they host Brentford at St. James Park. The visitors, on the other hand, will try to stop their winless run at two matches and return to London with three crucial points.

Newcastle United have played some scintillating football under Eddie Howe this season. But injuries and controversial officiating decisions had thrown them into a winless run of six matches in the division. They put all of that behind them with a resounding 4-1 away win at Fulham last weekend. 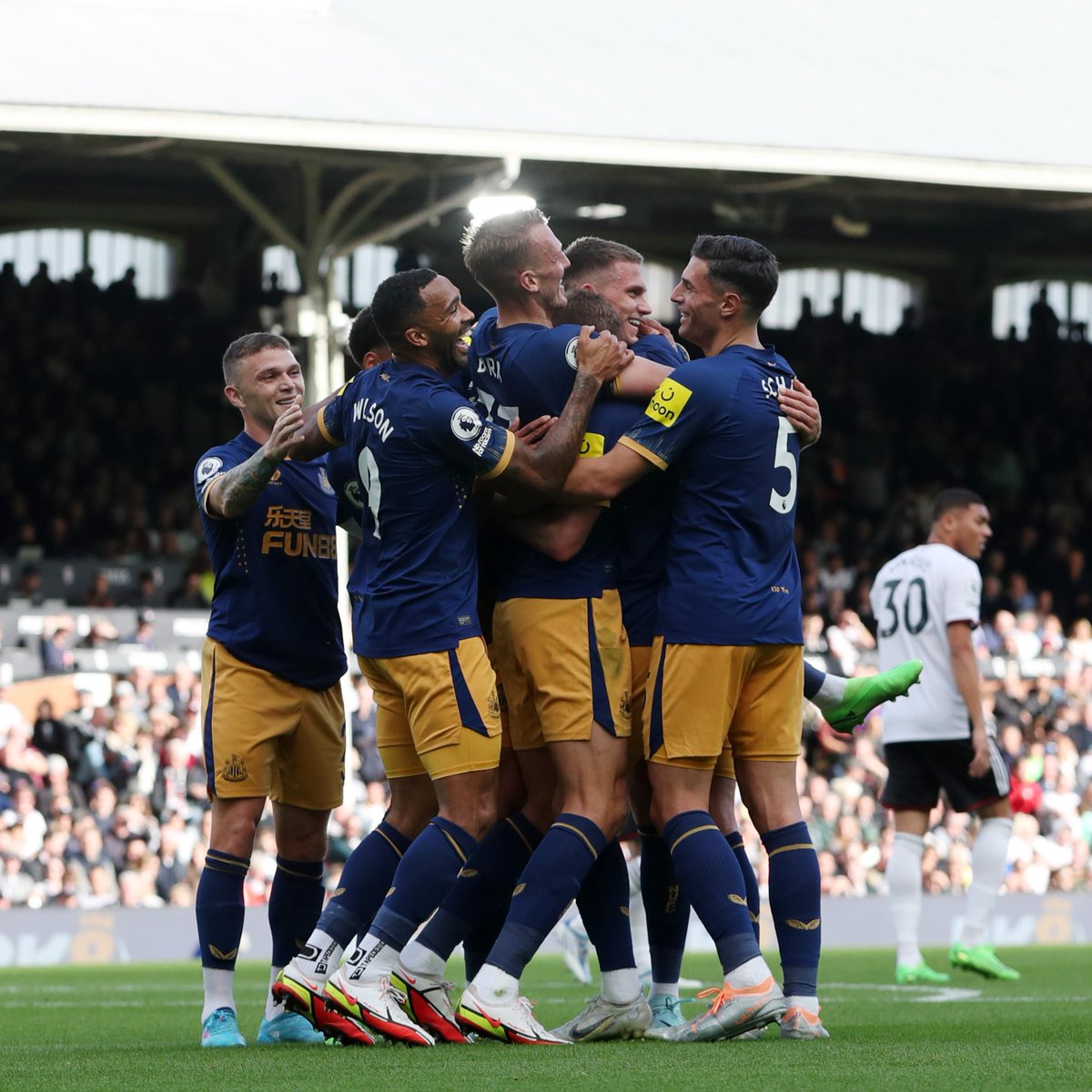 Nathaniel Chalobah’s early dismissal handed an unexpected advantage to Newcastle at the Craven Cottage. The Magpies made the best out of the situation and fired three goals past a helpless Bernd Leno in the first half. Miguel Almiron scored his second of the match in the second half. However, Bobby Decordova-Reid denied Newcastle shot-stopper Nick Pope his fourth clean-sheet of the season.

It was Newcastle’s second win in eight Premier League matches this season, but it was enough to lift them to the seventh position. They currently sit only three points away from the fourth spot. Only one point separates them from sixth-placed Manchester United. So, a win on Saturday will help Newcastle make strides.

Thanks to the prolific goalscoring form of Ivan Toney, Brentford had found the back of their opponent’s net 15 times in their first six Premier League matches. However, the Bees rampant form in front of the goal has come to a halt in recent weeks as they failed to score in their last two Premier League matches. After a 3-0 defeat to Arsenal, Brentford failed to unlock a resolute Bournemouth defence and settled for a goalless draw.

The draw at Bournemouth did end Brentford’s 19-match run without a clean-sheet on the road. But Thomas Frank’s team might have eyed all three points since Bournemouth were yet to appoint a permanent manager and struggled to cope with the intensity of the Premier League earlier in the season. Now, Brentford will try to end their wait for a win at the expense of their Saturday hosts.

Callum Wilson will return to lead the line for Newcastle as Alexander Isak, and Chris Wood are out injured. Allan Saint-Maximin might get into the matchday squad if he passes a late fitness test.

Pontus Jansson will not travel to Newcastle as the Swedish defender limped off the pitch in the Bournemouth game because of a hamstring issue. Christian Norgaard will also stay out with an Achilles problem.

Newcastle and Brentford both teams will head into the game eyeing the full three points, but we will back the hosts to come out on top. We expect a 3-2 win for Newcastle in this match.