Manchester United have emerged as rumoured suitors for Everton centre-back Jarrad Branthwaite ahead of a possible move this summer, according to the Daily Mail.

With the Red Devils reportedly set to appoint Erik ten Hag as their new head coach, summer targets are already being drawn up ahead of a transfer window. Everton’s Branthwaite is said to be one of those targets. 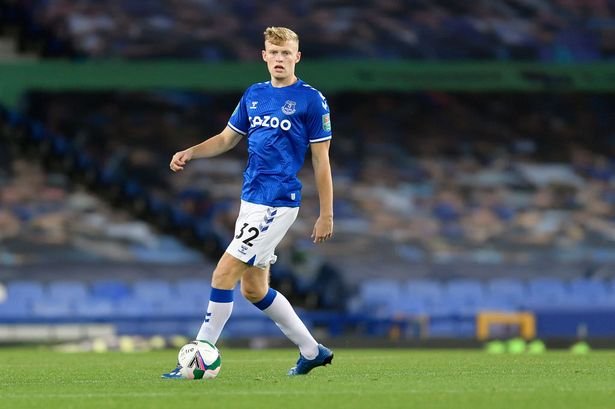 The 19-year-old defender has a deal at Goodison Park until 2025, and has made eight Premier League appearances to date, including four games this season.

Branthwaite last featured for the Merseyside outfit at Burnley earlier this month.

It remains to be seen whether Manchester United allegedly consider getting the teenager on board or they will wait for another year.