Manchester United are reportedly ready to lock horns with Ajax over the signature of Ghanaian starlet Kamaldeen Sulemana this summer.

The 19-year-old has enjoyed an impressive 2020-21 campaign for Danish side FC Nordsjaelland, scoring nine times and providing six assists in 25 top-flight appearances. 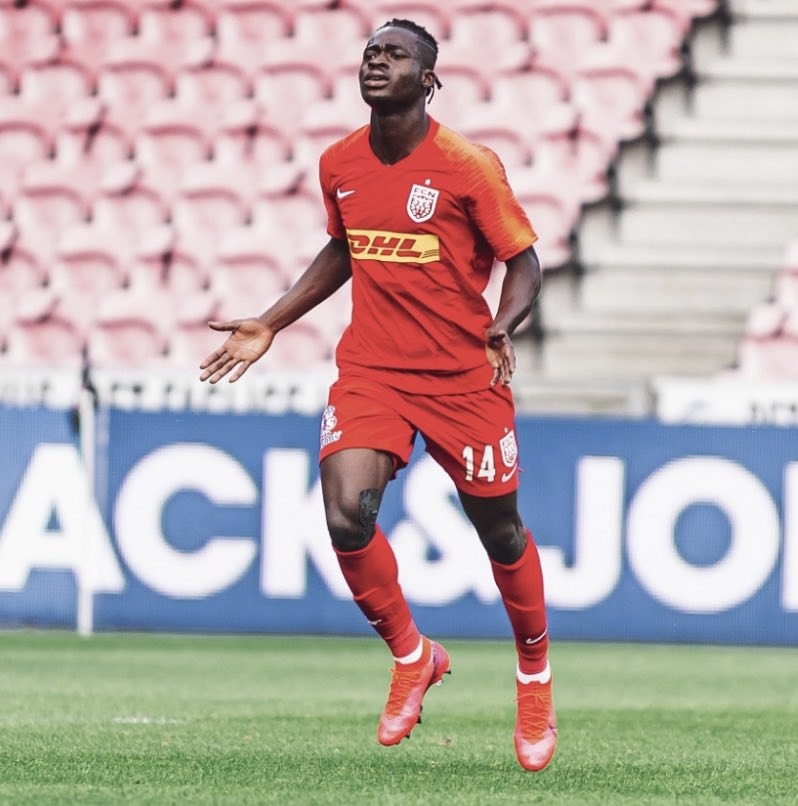 Sulemana’s stunning performances have unsurprisingly attracted interest from a number of clubs in Europe, with the Red Devils understood to be monitoring his development.

However, the Daily Mail claims that the Dutch champions Ajax are reportedly the favourites to sign Sulemana, despite seeing a bid of £10m knocked back by Nordsjaelland earlier this year.

The report goes on to claim that Ajax director Marc Overmars will fly to Denmark in order to watch the youngster in action against FC Copenhagen on Monday, but the German outfit Bayer Leverkusen are also in the race for the player’s signature.

Sulemana has a contract at Nordsjaelland until December 2024.