Leicester City have reportedly emerged as the favourites to sign Hull City frontman Jarrod Bowen, according to The Mirror.

The 22-year-old attacker, who has previously been linked with Tottenham Hotspur, has scored 17 times in 23 appearances for the Tigers this season, including 16 goals in the Championship. 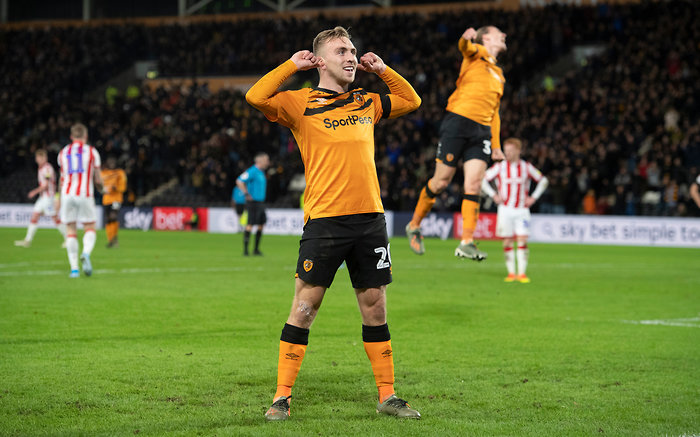 Hull are likely to keep hold of the Englishman, who could be available for around £10m at the beginning of 2020.

The report claims, Leicester lead the likes of Leeds United, Southampton and Newcastle United in the race to sign the youngster at the midway point of the campaign.

Bowen’s current deal at the KCOM Stadium expire at the end of the campaign, although the Championship outfit do have the option to a trigger a 12-month extension before March.

The forward has scored 54 times in 122 outings for Hull in all competitions.