Juventus are continuing their interest in Barcelona defender Jordi Alba, according to Calciomercato.

The Italian champions are said to be keeping tabs on the Spaniard’s situation and the Turin based outfit are keen on bringing him to Serie A. 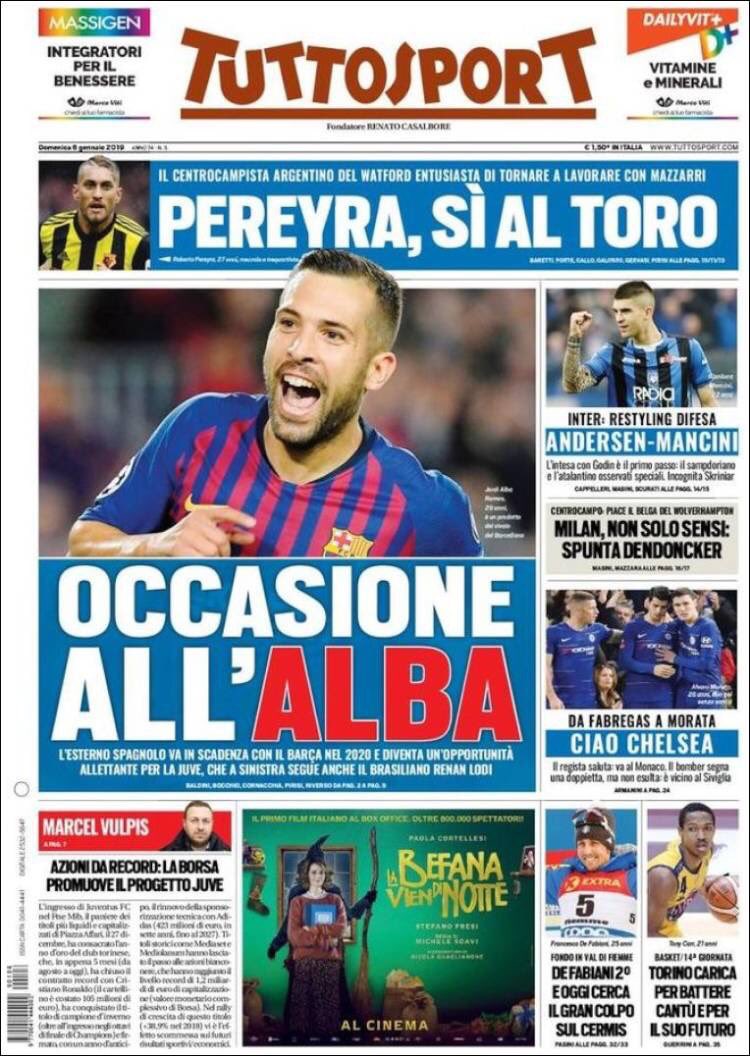 The left-back, who has a €150m release clause – will see his current deal with Barca expire in the summer of 2020.

He has scored twice and registered nine assists in 24 appearances for the Spanish champions this term and has made 270 appearances in total since arriving from Valencia in 2012.

During the latter stages of 2018, the 29-year-old admitted that he was ‘disappointed with the Catalan giants’ as they had still not offered him a new contract.

Premier League duo Manchester City and Manchester United have also previously been linked with moves for Alba, who has won four La Liga titles, four Copa del Rey and one Champions League during his time at Camp Nou.