The Serie A duo Juventus and Inter Milan will reportedly go head to head for the signature of Brescia teenager Sandro Tonali.

The 19-year-old midfielder has enjoyed an impressive transition from Serie B to Serie A this season, appearing 11 times in the league since August. 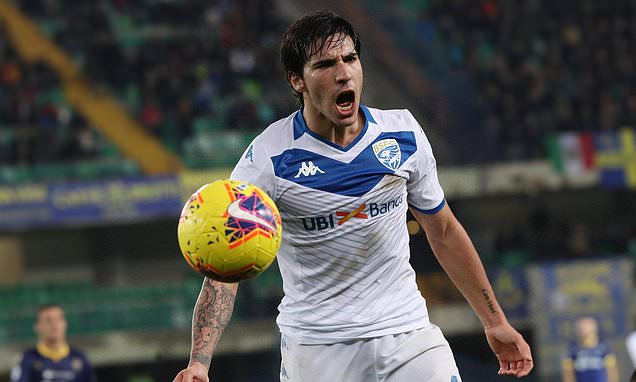 According to the Turin based newspaper Tuttosport, Juve and Inter plan to go head to head in pursuit of Tonali’s signature next summer.

Juve’s sporting director Fabio Paratici is said to have already commenced discussion with Brescia regarding the Italian.

However, reports have claimed that the La Liga champions Barcelona are also interested in the midfielder, who they view as a long-term replacement Sergio Busquets, who turns 32 at the end of the 2019-20 campaign.

Many have dubbed Tonali as the ‘new Andrea Pirlo’.

Manchester United have reportedly "explored" the possibility of signing Inter Milan's Christian Eriksen. The 28-year-old midfielder has largely struggled for…