Everton will reportedly have to fight off competition from Tottenham Hotspur in order to sign Arkadiusz Milik from Napoli next year.

The Poland international was strongly linked with a move to Tottenham during the summer, but the North London outfit could not come to an agreement with Partenopei over a fee. 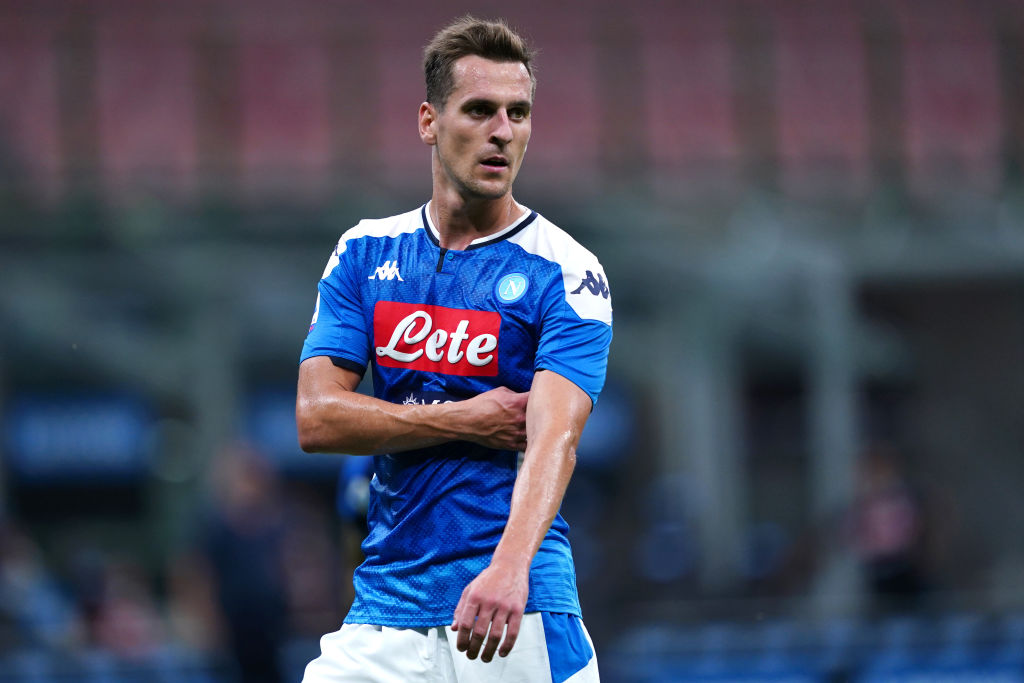 Spurs ultimately signed Carlos Vinicius on loan from Benfica, but the report suggested that Jose Mourinho’s side were still interested in Milik, who could be available for €7m at the beginning of 2021 with his contract set to expire next June.

According to Calciomercato via Mail, Juventus want to sign the 26-year-old forward on a free transfer, but the Toffees are set to be Tottenham’s main rivals for his signature at the midway point of the campaign.

Dominic Calvert-Lewin has been in sensational form for the Merseyside outfit this season – scoring seven times in six English top tool flights – but Carlo Ancelotti’s side are short of first-team options at centre-forward.

Milik has scored 48 goals in 122 appearances for Napoli in all competitions.