The European champions Liverpool have expressed an interest in signing Nicolas Pepe from Lille, according to Daily Record journalist Duncan Castles.

Pepe, 24, has been linked with a number of English clubs since the conclusion of the French league after his stunnig performances for Lille. 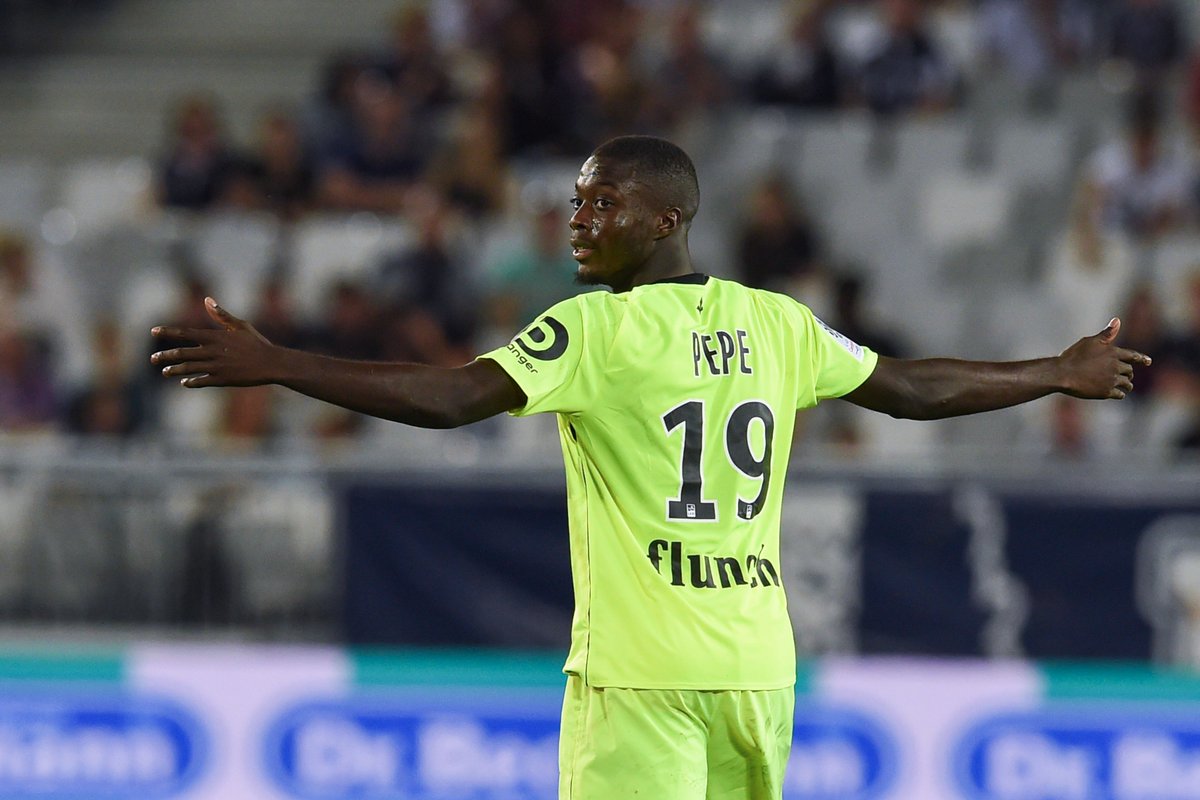 Manchester United and Arsenal were both emerged as rumoured suitors for the Ivory Coast international last month.

It is understood, Liverpool manager Jurgen Klopp isn’t expected to spend big in the current transfer window following their Champions League trophy and second-placed finish in the Premier League.

But the German boss will surely be open to one or two quality signings to improve his current crop.

Now, Duncan Castles has claimed that the Merseyside outfit have contacted Lille about their impressive winger Pepe, who scored 22 times in 38 Ligue 1 appearances last season to grab attention from a host of Premier League clubs.

“From what I’ve been told, Liverpool have been in contact with Pepe’s agent to discuss a deal, his interest in coming and what it would cost to come. Lille are aware of this and are waiting for a bid,” Castles told the Transfer Window podcast.