Manchester United are reportedly lining up a big-money offer to try and sign Sergej Milinkovic-Savic before the summer transfer window shuts down on Thursday afternoon, according to Italian outlet Calciomercato.

The Red Devils are one of a number of suitors looking to sign the Serbia international from Lazio ahead of next season.

United have been heavily linked with a move for the 23-year-old midfielder throughout the summer, but it now appears as though the Premier League giants could be set to make a fresh move to try and lure him to Old Trafford this week. 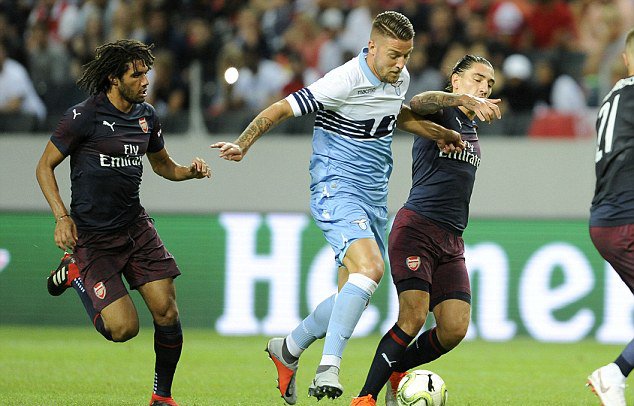 The report goes on to claim that Manchester United, Juventus and Real Madrid are all keen on signing the playmaker this summer.

Milinkovic-Savic is said to be valued at a staggering €100m by the Italian outfit, a figure Manchester giants would be able to spend only in the event that Pogba makes the exit.

The midfielder, who impressed at the 2018 World Cup in Russia, has attracted plenty of interest from Europe’s elite clubs after starring in Serie A last season.

The 20-time English champions have only signed Lee Grant, Diogo Dalot and Fred so far in this summer transfer window, with manager Jose Mourinho has been left frustrated with the lack of additions and is desperate to add more players to his squad before the transfer window closes.

Milinkovic-Savic has scored 14 goals in 48 appearances across all competitions last term.